My study of literature at Trinity has informed my work by teaching me the depth that can be achieved through poetic suggestion and the power of drama to affect “aesthetic arrest”. For me it is important that my work is poetic and dramatic in conception as well as “realist” in execution. All my work, including the photographic work, is based on regular and frequent drawing from life.

Typically, I approach a painting by exploring the subject through doing a lot of drawing and taking a few dozen photos. The drawing is transferred to the canvas or panel and then the painting is built up with near-transparent glazes. My work with colour separations during my time in the printing industry gave me this viewpoint on the building up of and “cross-hatching” of layers of colour.

My painting aesthetic in turn has influenced the way I work with photographic material. I approach photographic composition and colour as a painter rather than as a graphic technician. Colour and tone are worked using similar techniques to the glaze techniques I use in painting.

My sculptural work grew out of my painting and much of the three dimensional work is painted or wall mounted. The preparation of a piece of sculpture involves the same explorations through drawings and photos.

My primary concern as an artist is to explore the psychological and spiritual stories that unfold in all our lives. In much of my work I have engaged the people that I am painting or photographing directly in exploration of the things that have shaped their lives. The dialogue begins verbally and moves into visual language as we explore settings, symbolism, dreams, visions and colour. I have been privileged to hear the stories of what Joseph Campbell calls “the hero’s journey”, a remarkable inner journey made by many people in seemingly everyday lives. My work strives to reveal something of this invisible world. In the last few years I have worked with several people on long term projects in which there is an equal shared collaboration.

Mythology has played a role for millennia in telling the stories of a society’s shared experiences and highest hopes. Such stories no longer play an important role in western society to the extent that the word “myth” has come to mean something that is untrue but widely believed. Myths are fantastic stories with demons, magicians, ogres and supernaturally gifted people. They are the stories of inner demons, the magic of being alive and inner grace. I attempt to see how the age-old mythic themes are being acted out in the people around me and in myself. However I also see new stories arising out of our shared contemporary experience that are important to tell. With each piece of work I am hoping to contribute something to a new iconography of the human condition in the 21st century. The visual idioms I use are symbolism, metaphor and dramatic narrative.

As a 65 year old father of three adult children, I am particularly drawn to the myths of: birth, the struggle to be true to oneself and continuous renewal.

Solas Gallery, Ballinamore, On and Off the Wall (Sculpture), 2016.

WPF tour of Ireland, Belgium and 5 venues across Italy, 2019. 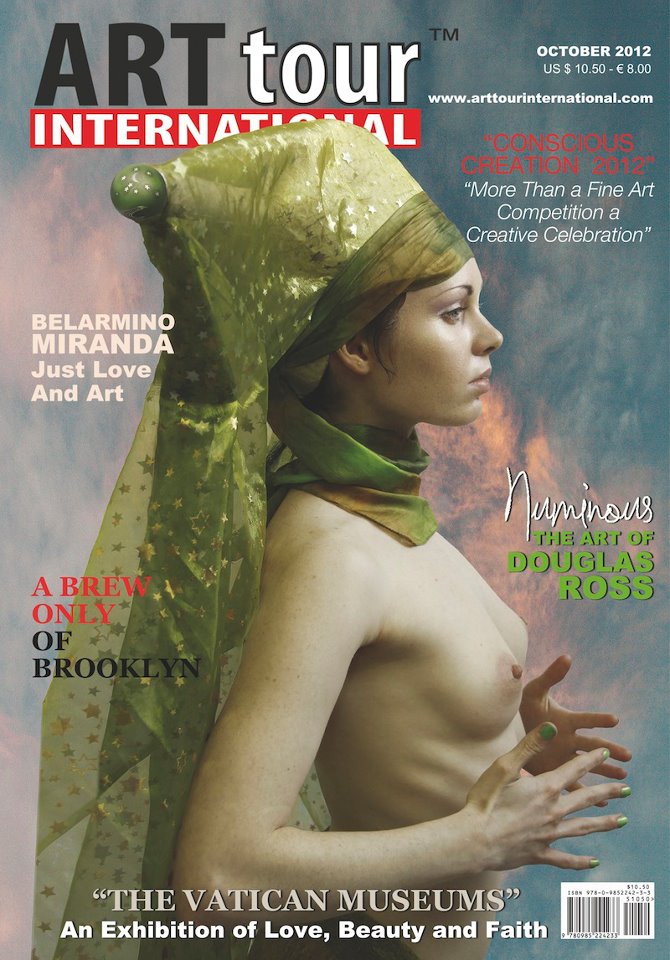