These pages celebrate what it means to be alive…ecstatic, hilarious, challenging, painful, intense or sublime…it is the stuff of myth and legend as we experience it in our ordinary lives. These pictures are my attempt to see the numinosity of this experience. I would like to thank the extra-ordinary people who have made this work with me.

I was born in New York City in 1954 and moved to Ireland in 1966. In Trinity College, Dublin I studied English Literature and History. I developed an abiding love for both and have since come to see these as an essential part of my artistic training. The words of poetry and drama required inner visualisation. History gave me a sense of the bigger picture. For the remainder of my 20s I worked in printing and publishing. I began painting full time in 1985, making three dimensional work in 1989 and photo-based work in 1998. In the last decade, I have spent much of my time swopping stories with the people I photograph. We try to realize common symbolic elements in our shared inner landscapes. The images often have a mythic quality to them. This is because I believe we should see our lives as epic adventures, our struggles as heroic.

For me the creative process is more like movie making than stills photography. For each full day photoshoot there is a month of preparation and post-production: developing concepts, scripting, costume making, finding locations and props, the shoot itself and finally editing. Many of the people that I photograph participate in several aspects of this creative process. I also involve other creative people in the making of this work, particularly in the post-production work. Over the years I have collaborated with my son Aaron Lennon Ross on editing and since 2012 he has been co-editing work with me frequently.

“The men and women in Doug Ross’s pieces have flawlessly porcelaneous skin and bodies too beautiful to cover in anything more than veils, sarongs and loin cloths. Always solemn in expression and often in reverently elegant poses, they are holy beings reminiscent of the Madonna, druid priestesses, nymphs, and Biblical queens. Holiness and physical beauty seem intertwined to the point where one might go so far as to say that the subjects are beautiful because they are holy or holy because they are beautiful.”

News in brief: Main project for 2019-20 is to facilitate a number of women to create work with their own bodies as the main expressive motif. This will involve women models, artists, photographers and film makers making self-portraits as well as images/videos of each other. April 2019: Giving workshops in Italy on storytelling through fine art nude photographer. Tour with WPF collective begins in Italy and coming to Ireland at the end of April (Signal Arts Centre, Bray). “As I Went Down To the River Styx” has it’s 2nd showing from May 7th – June 1st, 2019 at Solas Art Gallery, Ballinamore. Taking part in Echiquier Collectif exhibition 9th-18th August, 2019 in Figeac. 2020: Museum of Computer Art – Annual Awards (New York exhibition postponed); Published “The Calling” with Elisabeth Svanholmer (Blurb Books); 10th anniversary exhibition with Italian collective WPF in Palazzo Ducale, Martina Franca in September. Features in on-line magazines Photar (Russia) and Nyght Vision (U.S.). 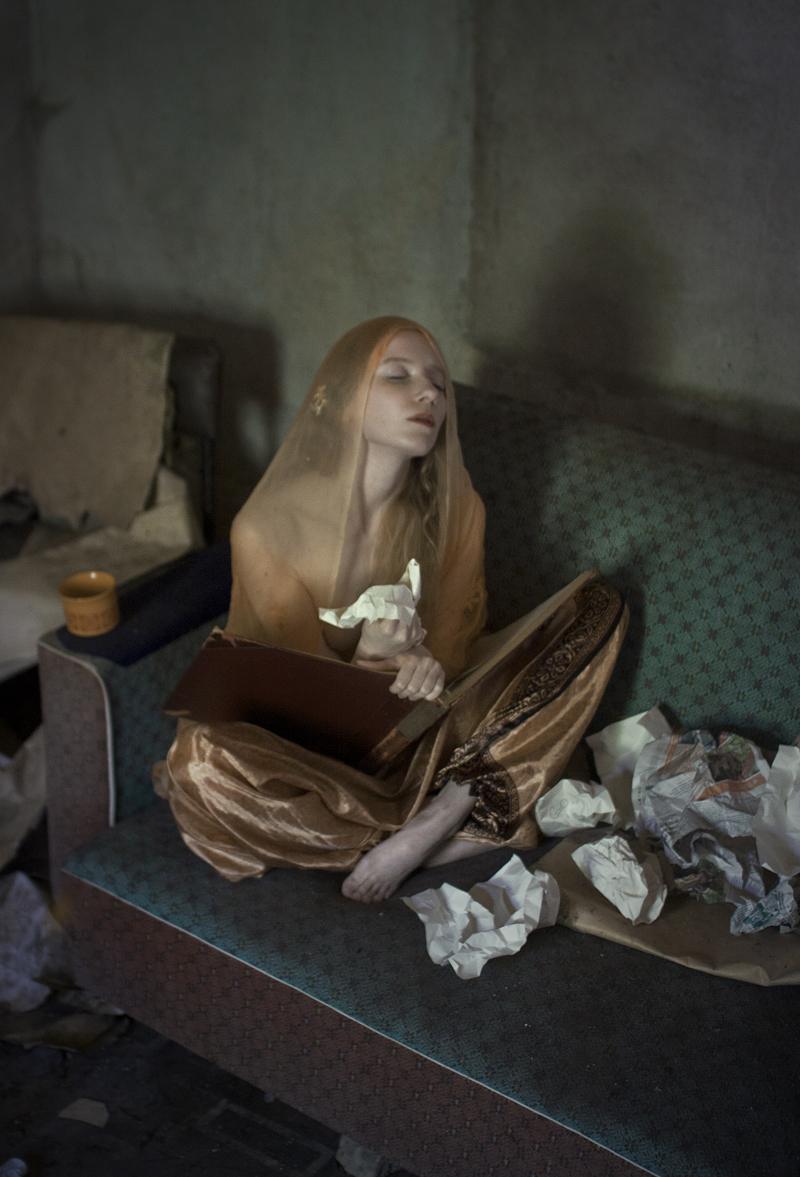